All versions
Komodo Settings
About Komodo
Komodo vs. humans
Komodo 14 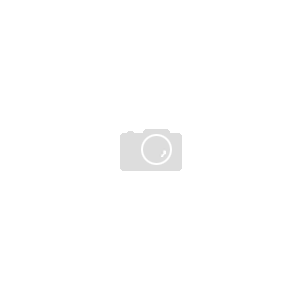 "I am deeply moved by the style of Komodo. In my opinion it's the perfect combination between computer accuracy and human positional understanding. I get the feeling it's taken positional understanding to the next level. After such an impressive performance I am going to test Komodo in my future work, especially in very positional play, and am really looking forward to working with it."

"I am extremely impressed by Komodo's play. I watched and analyzed every game and it was absolutely flawless positional chess, the likes of which has never been seen before by an engine... or human. Komodo clearly outplayed the other programs in the TCEC tournament."

[May 12, 2020] We have released Komodo 14 at komodochess.com. It is a significant strength improvement over 13.3, the last release, about 20 elo in MCTS mode and 10 elo in standard mode. Total gains from Komodo 13 (or 13.01) are about 50 elo in MCTS mode and 40 elo in standard mode. The improvements cover a wide range of issues, including extensions, null move, King Safety, time management, and many more. There is one new feature added since Komodo 13.3, "Armageddon" mode, which tells Komodo that White (or Black) must win, draws are scored as losses for that color. When draws are counted as losses for White, knowing this improves Komodo's performance as White by about 30 elo according to our tests. In Armageddon mode, the specified color (usually White) not only avoids clear draws, but adjusts Contempt by an amount we determined was most helpful for Armageddon play. Testing on one thread in Armageddon mode suggests that on a modern laptop, if White gets one minute total plus 1% increment, and Black gets half a minute plus 1% increment plus draw odds, then chances are fairly close to balanced. Other features added since Komodo 13 include more levels, Personalities, and Auto-Skill. Standard mode remains the strongest when Multi-PV is not in use, while MCTS mode is generally strongest when both are using Multi-PV. As usual, Komodo 14 is free for subscribers and available for a 20% discount to those who bought Komodo 13 or any later version from us. Komodo 11 will become free, and Komodo 12 and 13 will go on sale.

What is the 'Komodo 14 + one year subscription'?

This option is for chess players who need the strongest possible engine. We release updates to Komodo three to four times per year. The subscription is basically the current version of Komodo 14 plus these updates for a discount.

1) Komodo 14 + all new versions of Komodo we publish within one year of your order.
2) As an added bonus all previous version of Komodo.

(note: Komodo does not include a 'chessboard'. See Installation instructions .)

Komodo supports Syzygy tablebases and is available for Windows, Linux, Mac and Android.