All versions
Komodo Settings
About Komodo
Komodo vs. humans
Komodo 9 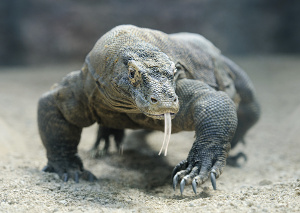 Komodo 9.02 is a substantial improvement over Komodo 8, which was already rated among the top three chess engines on almost all rating lists. Komodo 9.02 is approximately +50 Elo stronger than Komodo 8 on one core according to the independent IPON test and our own internal testing, with the gain increasing to about +60 Elo on 4 cores. Gains come from improved search, evaluation, and time management, as well as more efficient use of multiprocessing.

Komodo supports Syzygy tablebases and is available for Windows, Linux, Mac and Android.

(note: Komodo does not include a 'chessboard'. See Installation instructions.)

"I am deeply moved by the style of Komodo. In my opinion it's the perfect combination between computer accuracy and human positional understanding. I get the feeling it's taken positional understanding to the next level. After such an impressive performance I am going to test Komodo in my future work, especially in very positional play, and am really looking forward to working with it."

"I am extremely impressed by Komodo's play. I watched and analyzed every game and it was absolutely flawless positional chess, the likes of which has never been seen before by an engine... or human. Komodo clearly outplayed the other programs in the TCEC tournament."